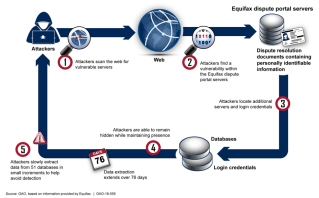 On Sep 7th 2017, Equifax – one of the “big-three” U.S credit bureaus – announced one of the most high profile data breaches in recent memory. This attack is estimated to have affected 143 million Americans through the loss of confidentiality of victims’ Social Security numbers, birth dates, and driver’s license numbers[1]. Since this The post Equifax Data Breach – What Really Happened There? appeared first on VMware Security.

Work Hard, Play Hard, and Live Life One Day at a Time!

Upload Media to vCloud with PowerCLI

This site uses Akismet to reduce spam. Learn how your comment data is processed.